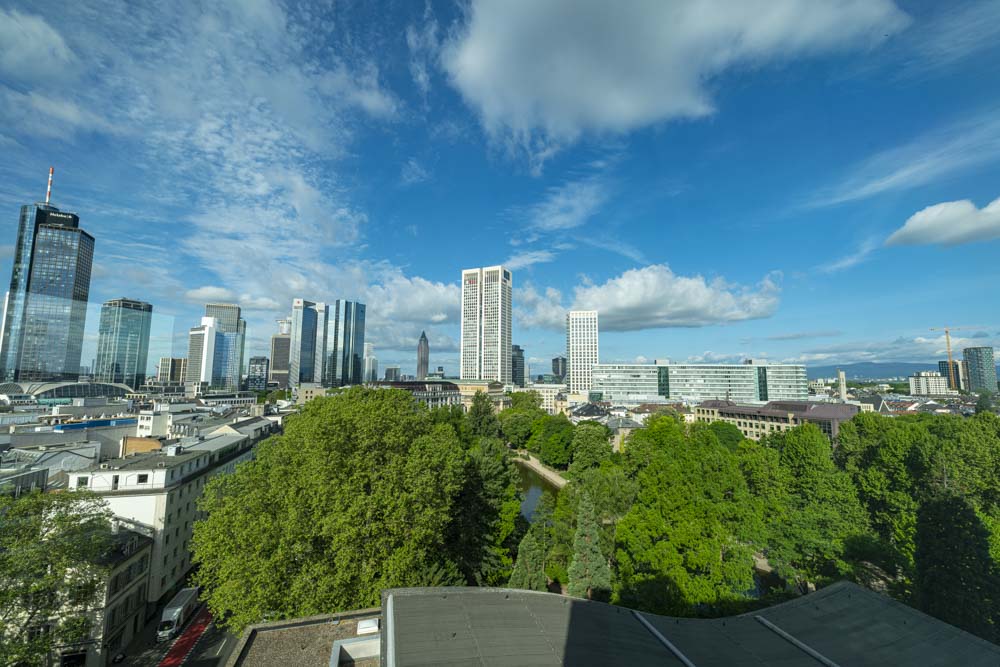 After a long night sleep and catching up a bit on the jet lag, a glorious day unfolded!

A small tip of the cap to the Germans and their bike lanes!!!! Well done!

Time to do a city tour, starting with the rail tracks. Outstanding public transportation as you would expect.

The Frankfurt Catholic Cathedral, quite spectacular from the outside.

Not to shabby on the inside either.

In this spot on the Romer Square is the location of one of the first book burnings. The quote is by an author in 1933 and translates roughly to “If you burn the books now, you will burn people later.”

Back to the River Main as shot from the Eiserner Steg, which I report yesterday probably means Foot Bridge and was quickly corrected that it means “Iron Bridge”…… I was not aware of that. In the distance, the blue high rise building is the European Central Bank World Headquarters…..Think Euro.

You can’t make a trip to Europe without running across a match or protest……check!

Another cool public square. The most intestine thing about this square is that located and not pictured behind me was one of the most comprehensive cameras shops I have ever seen!!!!! It was like a candy store!!!!

Part of the old city wall.

Behind the memorial was the Jewish Cemetery and on the cemetery wall was embedded the names of all the Frankfurt victims…… all 12,000 of them.

One Reply to “Frankfurt, Germany – Day 2”