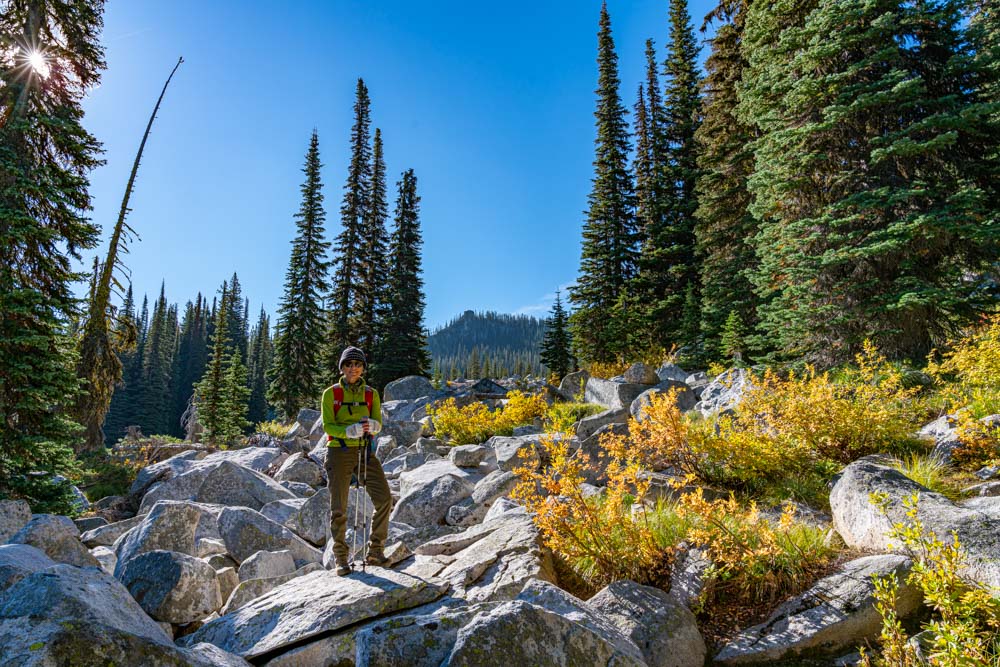 On a beautiful early fall day, we headed out for a relatively easy day hike with Tim, Susan, Tom, John, Ruby, Finn, and myself. After an hour or so of hiking we spotted Lake Rock Lake Rock.

Right before the lake there is a peaceful former lake and current meadow.

Ruby and I set out for a quick photo shoot.

Tom took off his shoes and waded to “Fish Rock”.

Tim set to fishing in the only spot on the lake without fish….

In a big surprised, Finn gave me a chance for a photo session!

Finn keeping an eye on his dad.

We left the water whippers to do their thing and John, Susan, Finn, Ruby and I went to climb the rock.

After about 45 minutes, success. Look carefully at the top for John and Susan.

When we arrived back at the lake we heard a weird noise…..Tim had pulled out his drone for some aerial shots.