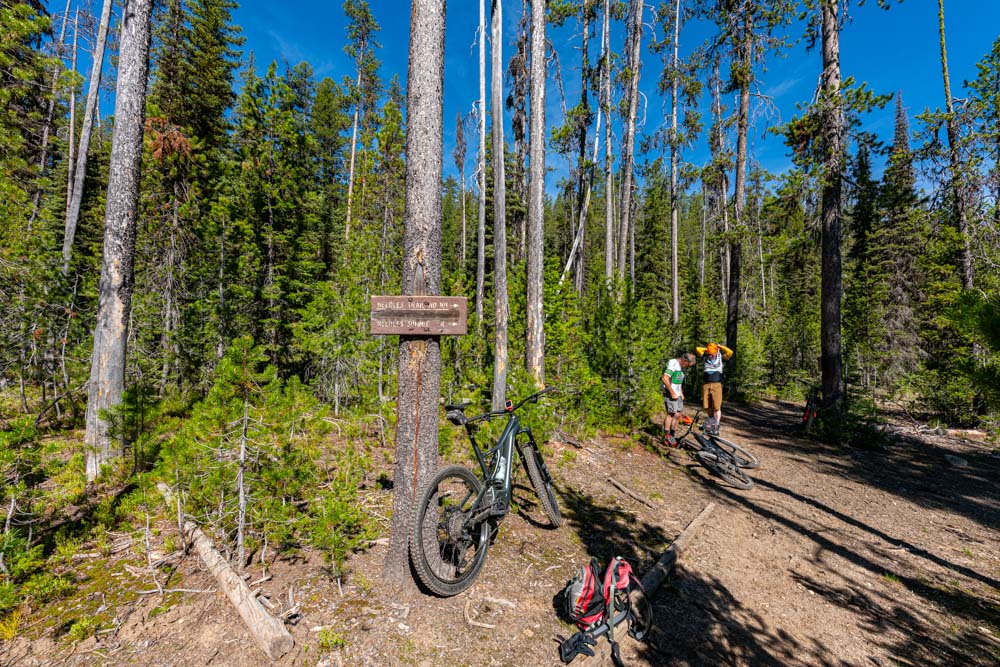 Sometimes, it’s important to bring a back up John. I phoned up my long time buddy John from Council and went for an adventurous mountain bike ride.

After a bit of a steeple chase over downfall and some snow banks we made it far up the basin.

Backup John flexes his might and drops regular John. Honestly, I have ridden with Backup John for 20 years and have never seen him ride stronger!

Soon it was time to ditch the bikes and finish the steep climb to the summit by foot. This day would have been a bit much for Ruby so she had to stay home. Luckily I recruited my steed to pose for the camera.

We all felt pretty good on the bikes so it was only about a half mile walk to the summit. The views were spectacular!

Down below, the South Fork of the Salmon River where we spent much of the Spring exploring and picking off ticks.

Finally, we visited a small unnamed lake in the top of the East Fork Kennally Creek Basin. The map had only showed it as a little pond and we were all surprised to see it seemed more substantial than a seasonal pond.