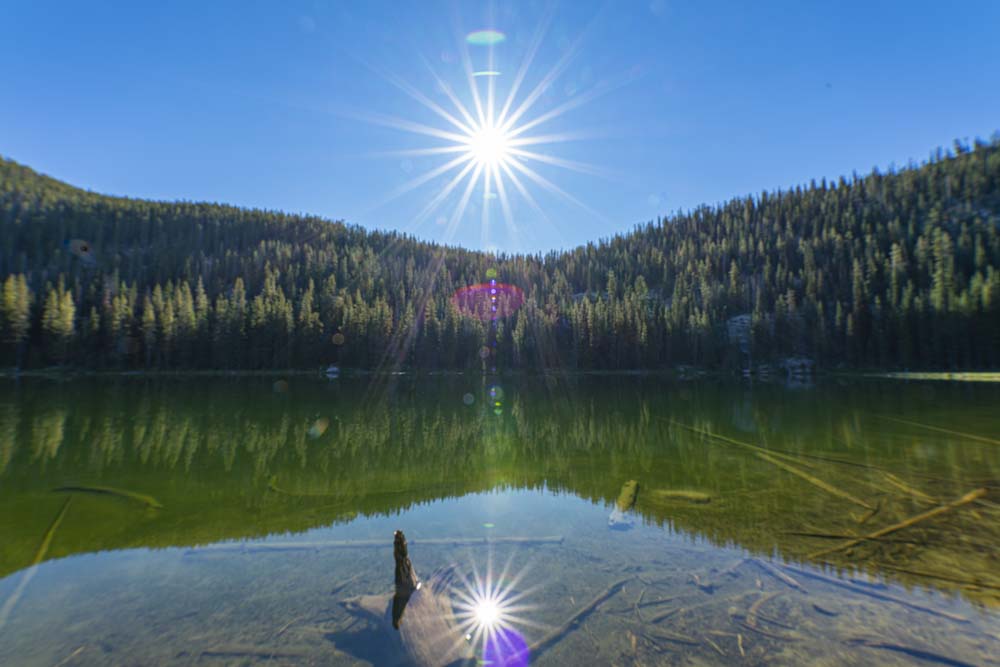 A couple of days before a big trip back into the Frank Church Wilderness, John texted about a couple of hike ideas for this beautiful Saturday morning. After some back and forth negotiation, we selected a local favorite which is relatively easy to access.

After a short drive, we hike up to the lake in about an hour. Ruby was a little confused that we were already stopping. The past few weeks have been one death march after another.

Soon the fishing poles were out and it was game on!

After a little while, it was apparent that Ruby was bored and want me to do a photo shoot. Having secured a solid lead in the fishing derby and knowing that John had thrown away the super secret killer lure I had given him, I agreed.

After an hour or so at the lake, we resisted the temptation to climb a couple of nearby peaks and rest for next week.