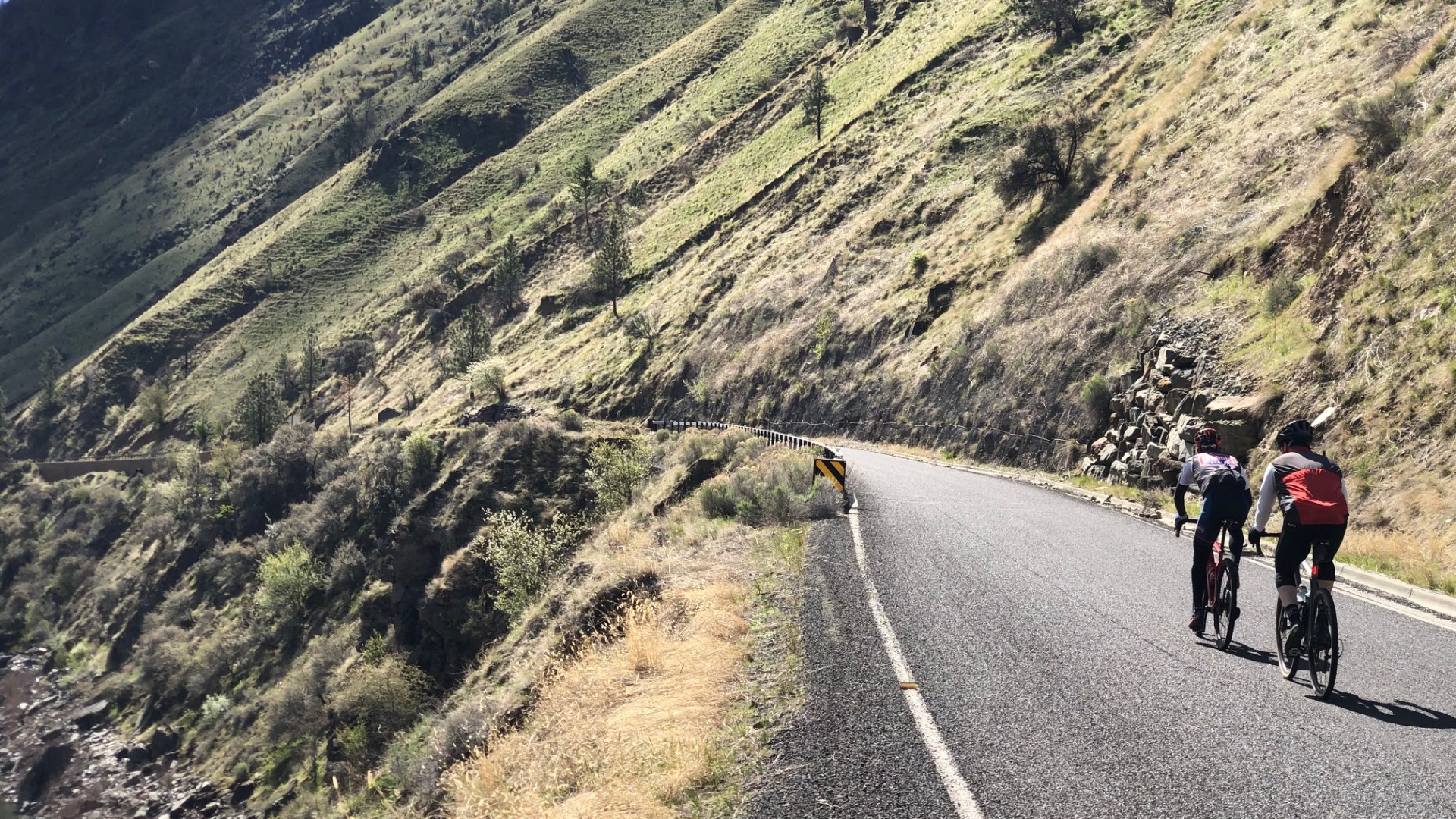 It was time to escape winter again and get an early season gravel ride. Rich, Tom, and I headed for warmer parts down in the Salmon River Canyon.

We picked a glorious day with temperatures near 60 degrees and almost no wind. The Salmon River Road is an out and back route deep into the heart of Central Idaho along the Salmon River (River of no Return).

Tom has ridden his bike all over the world but has never been out the Salmon River Road which is in his own back yard. Last week, prior to his arrival in McCall, I had worked hard to persuade him to bring his gravel bike despite the wintery forecast….. I could feel him rolling his eyes over the phone but was now able to take great pride in pointing out “I told you so…”

The Syringas were in bloom! Syringas are the Idaho State Flower.

Just before the Manning Crevice Bridge, the road turns to gravel and the second half of the ride is all on dirt.

Sometimes it’s tough to get a good prospective on the grand scale of this canyon. With Tom and Rich on the bridge, it gives one a little better feel.

This is literally the end of the road. From here, the river continues into the roadless wilderness of Central Idaho. We dipped our wheels into the river and had a lunch break. About two weeks ago, I finished up an ITA project and we used a jet boat to come out of the wilderness. This was our finishing point and you can see that trip report here.

OMG!!!! Rich had a HUGE problem with his bike!!!! Normally he rides with a HUGE camelback pack but instead opted today for filling his pockets. After a little drama, we were off and rolling again.