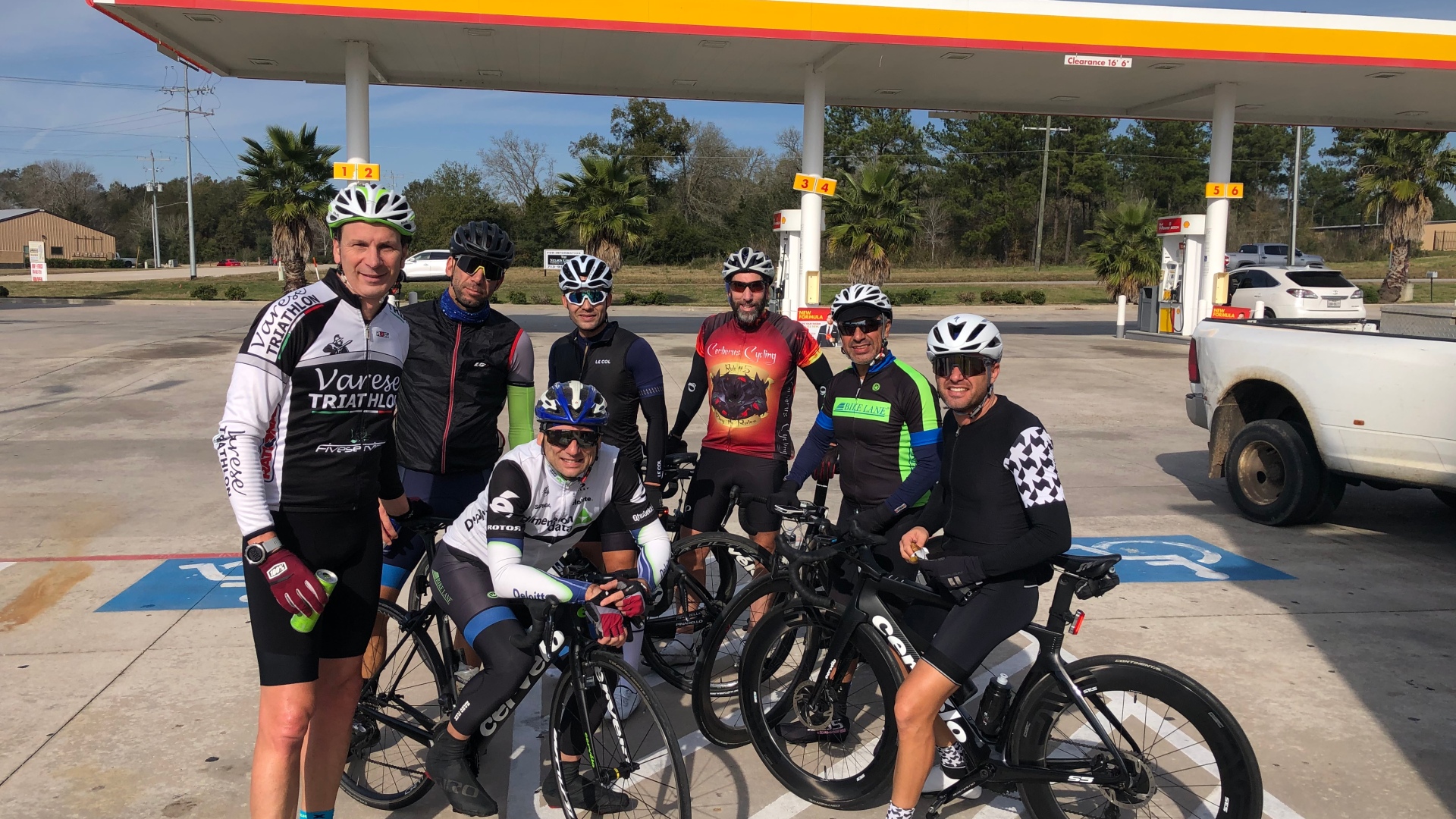 Every Saturday and Sunday morning here we have our local club rides. There are actually several club rides that head out to the country side on the weekend but this is the “Fast Ride”. It usually ends up being between 80 and 100 miles for me from my house. I can confirm that it lives up to its name. Our group includes former state masters champions, former pro bike racers, and the majority of our group are European ex-pats. Countries represented in this group photo include Americans, Italians, Mexicans, a Spaniard, and a French/Lebanese representative! It’s not unusual to hear 3 languages being spoken at the same time during the ride. What is crazy to me is that we all come from such diverse backgrounds, cultures and countries but the common bond of cycling binds us all. A masters group ride here is not that much different that any other masters ride I have done. We kick the snot out of each other whenever possible but at the same time everybody cares for the welfare of the group and each individual.

There is not a ton of elevation down here, but we are not pancake flat. Generally, our ride of 100 miles will have about 2400 feet of climbing, all in small 50 to 75 foot rollers. These guys hit those rollers hard!!! I can tell you it hurts! They all ride pretty hard this time of year, for one, because the temperature is quite nice but also because their racing season starts in January.