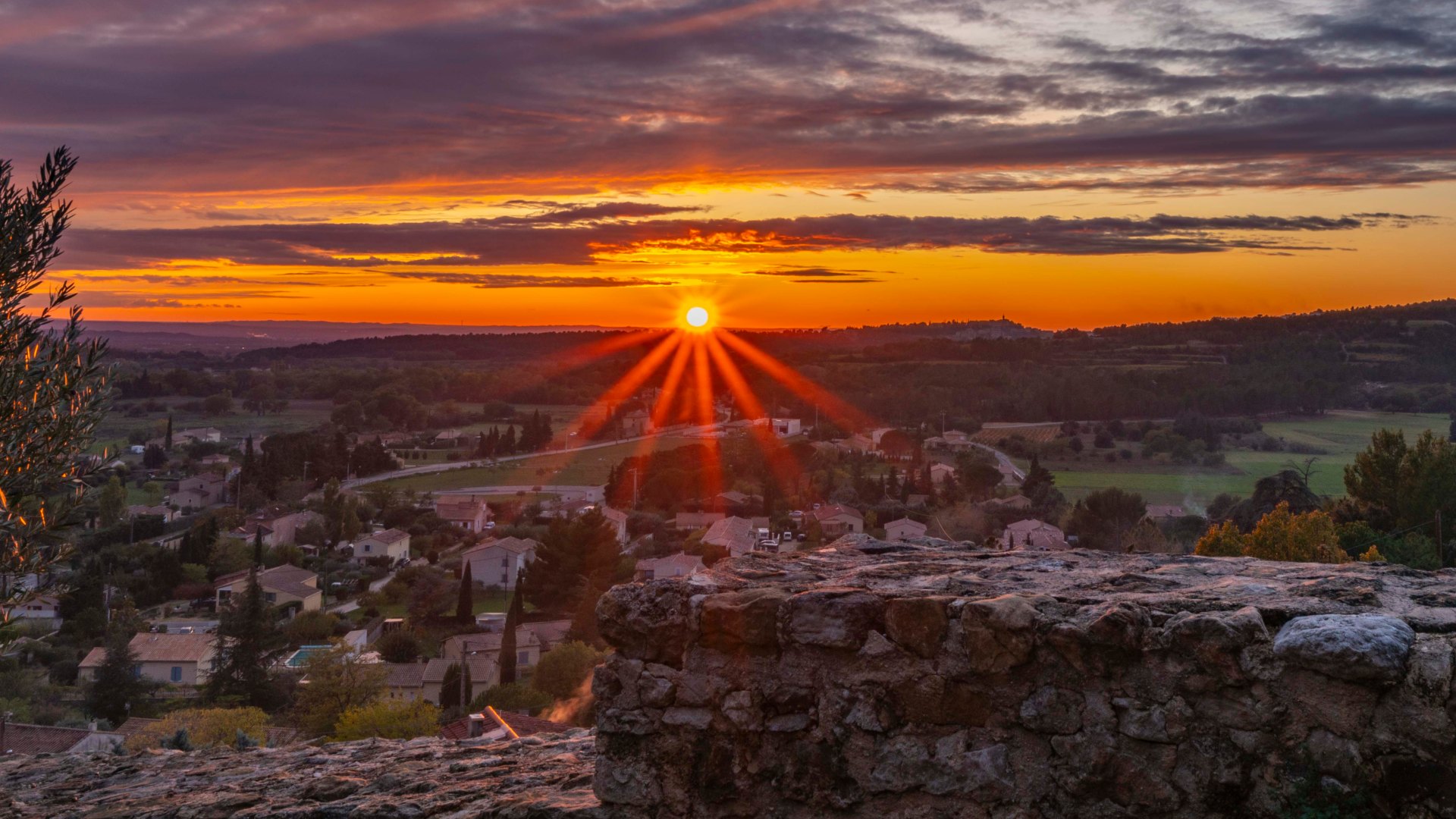 My last evening in Bédoin before starting the long journey back home. I headed out for a sunset photo shoot along with a moonlite stroll through the Bédoin cemetery.

After finishing up my sunset shoot at the top of Bédoin, I made the short walk over to the cemetery. By now, despite the light in the photos, it was pretty dang dark. I’m not one to get freaked out about these things but…… At first, I was thinking it might be closed but the sign said it was open until 7:00 pm. It was about 6:15 and I entered the door on the left. It was a super heavy steel door and as you might expect, made a eerie squeak as I pushed it open, then, a loud band as it slammed shut behind me.

Despite being only about 6:15, with the hazy cloud cover and filter moonlight, it was super dark.

Of course, I threw in a little iPhone light effect!

I shot images for a while and the longer I stayed the spookier it got. These old European cemeteries date back a very long way. It did have a spirital feeling, almost like there were ghosts!

As you can see, the walls around the cemetery were very tall and after about 30 minutes of photography, I started to worry that the local undertaker might be an early bird and come lock the doors before I exited… There were no cars parked near the entrance and I was working for the most part in pitch dark with street lights from across the way lightning the area.

Lets just say, I wrapped up my shoot early and got the heck out of Dodge!