I would call today’s hike brutal but that would be an insult to brutality.  Our death march today took us up this slope to Prince Lakes then to Fitsum Benchmark which was at the top of a peak about 3 miles back in…  John and Ruby assured me that it was less than 7 miles round trip, and it was but he did not emphasize that there was just under 5000 feet of climb!  See John’s trip report at http://www.splattski.com

Fall foliage along the way.

It did involve a rock climbing section of which I am not particularly good.

We arrived at the first Prince Lake and after clearing the scene of all squirrels, Ruby takes a break. On to the next Prince Lake

Now up to the day’s peak. And the Top!  Check out John sitting on the actual peak.

Back down we go!

Stoping along the way so John could do some bicep curls!

Finally, here is the evidence that this hike was hard.  Ruby was tuckered out and took a little nap while John and I celebrated with a Hiny! 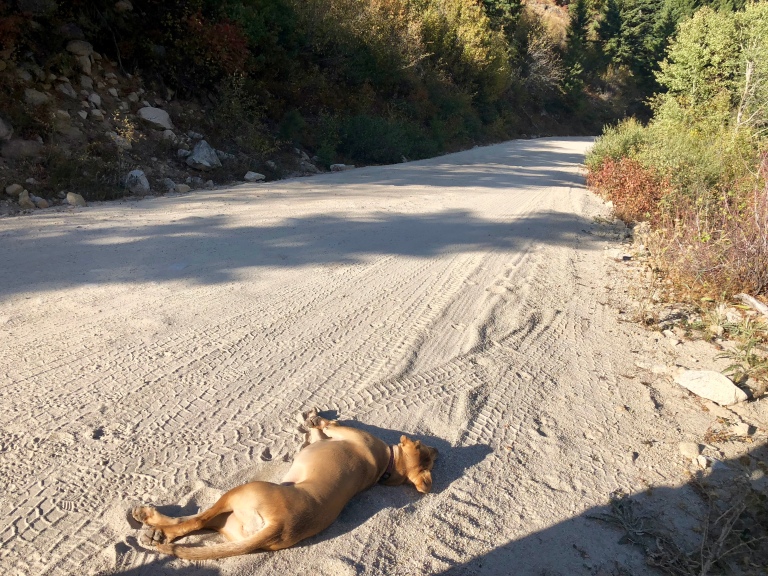